I hope you are well and looking forward to the New Year. I am writing because, although your wonderful piece appeared in the Oregonian some time ago, I recently was inspired to create the enclosed image. I was wondering if you know who the original photographers might be so I could give them credit/share image. I was also wondering if there was a way to share the image with Eric as a token of his great devotion since, sadly I learned today that Eugene has passed.

Any information you might be able to provide would be highly appreciated.

Thanks for getting in touch! The original photo from Eric and Eugene's early days together came courtesy of the couple from their own collection. The "today" photo was taken by former Oregonian staff photographer Ross Hamilton.

I may still have an active email address for Eric. If so, I will pass this along to him along with your note.

Stephen - Thank you for the beautiful photo collage of Eugene and me.

It is almost 2 weeks since the second anniversary of his death. I've had an emotional and instructive two years which promise even more unexpected teachings and experiences his departure triggers. I am blessed by having many friends with whom I can speak honestly when they inquire about how I am. I can honestly say "I am very happy and I cry a lot."
My friends understand.

When well-meaning strangers ask, I say exactly the same but add :

And we have many philosophical reasons to prove it."

"When the grief sweeps through me,

I welcome it. Eugene's absence

is now his presence.

And when the grief sweeps through,

I am healed in my very cells - healed from the lies we have been told.

And when I share this with my LGBT brothers and sisters

it contributes to healing them of the lies they too have been told."

Stephen - Thank you for your wonderful photo collage. Above all, thank you for the human kindness you share by means of it.

Information: the picture of us as aged was done by the Oregonian photographer. The youthful photo was by a black Chicago musician/photographer in 1955. Name not recalled. He was older than we were, so he's likely gone.

I can't begin to express how touched I was to receive your email this morning. I think I can count on one hand the number of instances the moments where such a sense of the beauty for the potential within humanity has moved me personally. Your words and strength and dignity and abiding love: a monument of sorts, really.

Thank you. I am also amazed how quickly all coalesced between the creating of the image, reaching out to Jennifer and then your response, occurred.

If it is OK with you I would like to share this story in a couple of small places where I post online, my Google account and a space at an International Society for Collage Artists.

Thank you for your rapid response. That is what makes communication such a delight for me.

Feel free to share whatever you want with others. The back story to this remark is this: In the 70s, the local conservative newspaper asked us to be part of a three-part series on Gay Men, Gay Women, and Gay Teachers. We were interviewed as a couple. A full page. Big photo. Excellent article. We were scared. I was used to publicity as a new artist in the community, but the gay identity NOT. So we were scared.

Other than two rude phone calls, we were received very well. We were never scared again.

The Oregonian did a much later extended article about our 40th anniversary, and also our 50th. The religion section covered the 40th, because we were married in a Zen Buddhist temple. Ditto re the 50th. As I said, we were never shy again.

I learned, through these experiences, to be willingly visible whenever possible. My life has been - IS blessed

- by role models who are also willing to be visible. I/we never had much money, but we have had this willingness to be visible instead.

So, share whatever you wish. (For an adapted introvert, I do really well with people.) 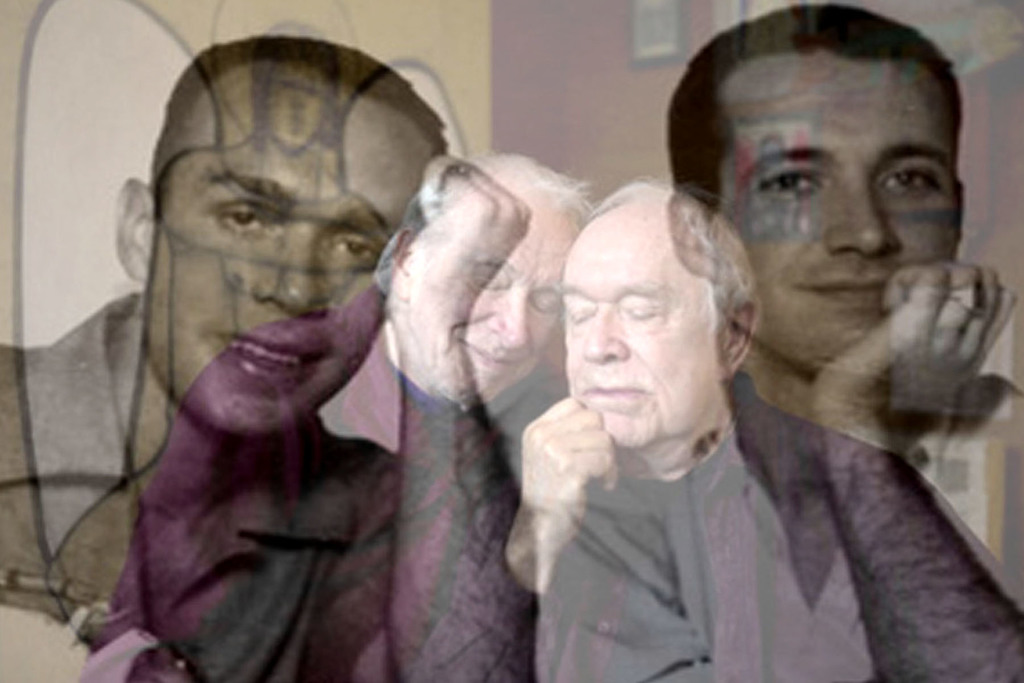